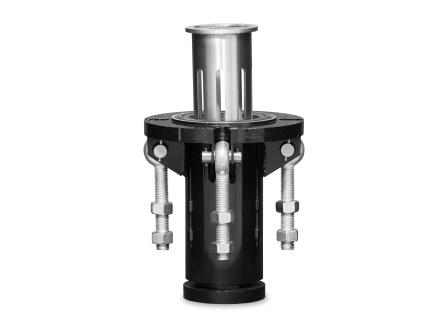 Santos agrees to sell their rising star to Real Madrid as long as they can keep him at least until January.

In the race fto sign Brazil’s new rising star Neymar, the best positioned of the big European clubs is Real Madrid, not only because they can afford a E 45 million transfer and have a good relationship with his team, Santos, but specially because the 19-year-old striker has already expressed that it is his desire to play for the Whites.

Neymar’s future continues being discussed by Real Madrid and Santos, and the most recent of these talks took place in Paris this week in Paris, where the clubs presidents Florentino Perez and Luis Alvaro de Oliveira respectively tried to bring their postures closer.

With a buyout fee of E 45 million that is not real big issue in the negotiations, the real problem of the transfer lays in when would Real Madrid get Neymar once they close the deal. While Perez aims to count with him immediately, de Oliveira wants to keep him until next summer or at least January, so that he gets to dispute the 2011 FIFA Club World Cup at Japan.

For Real Madrid’s coach Jose Mourinho it is not an issue to cancel the E 45 million fee now and wait for Neymar until January, as long as he gets Emmanuel Adebayor this summer. Mourinho already expressed that his roster needs one more forward to have all of his requests fulfilled, and the fact that Adebayor played the second half of the past season on loan with the Whites makes him the perfect candidate while they wait on Neymar.

READ  Baseball Tips You Will Not Read Elsewhere

Adebayor is under contract with Manchester City, but is not part of coach Roberto Mancini’s plans, therefore he is looking for an exit, and Real Madrid is his number one option. It was that bad relationship with Mancini that brought Adebayor on loan to Madrid last season. With the loan expired he had to return to London, where he refused to take part of the Citizens preseason demanding an exit.

Confident in the will of Neymar and his family to stay one more year in Brazil, Santos has no rush to transfer their rising star. If he keeps on performing like he has there aren’t reason to believe that his price will drop neither, therefore if Real Madrid really wants the player they will have to be compliant with the Brazilian club.

It is impossible to talk about this story and not bring Robinho’s name up, who as a youngster was called to be what is now expected from Neymar: the best Brazilian player since Pele. In July 2005 the Whites agreed to pay Santos E 24 million for Robinho, who after three seasons in Spain didn’t meet the expectations and ended up transferred to Manchester City in September 2008.

Despite that experience with Robinho, Real Madrid is willing to run the same risk again and spend an important amount of money in a player that has a lot of conditions to impose his style, but maybe not as many to be considered the new Pele. Time will tell.