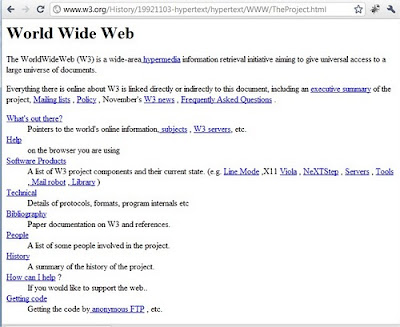 Paintball has become a very popular sport in the last decade and the technology used for this type of sport has developed significantly. Some of the latest developments in this genre are the mini paintball guns, the markers, which offer the most up-to-date technology to the benefit of the players. With this article we will try to explain more about mini paintball guns.

Because they are called “mini”, these paintball guns are miniature sized. Their regular weight is just less than 2 lbs. before the hopper and the air tank are installed. These markers are ideal for speedball players or those paintball players that have small hands. Because of their downsized measurements, the prices are also lower in comparison with regular paintball guns. A brand new mini paintball gun costs around 300$ while second hand guns go for about 200$.

These guns have the ability to fire 20 paintballs per second and use less air in comparison to other markers in the process. Despite of their size, these guns are both accurate and consistent; these positive characteristics come from the sable electronic system. They are easy to clean because they have a very simple design. There are only three parts to the marker—the barrel, breach and bolt. A simple design also means simple maintenance, and mini paintball guns can often be repaired at home with minimal effort.

A mini paintball gun is a very good way to start paintballing if you have not tried it before because mini paintball guns are inexpensive and very easy to maintain plus they provide excellent quality. These guns are recommended especially for speedball players and amateur paintball players. Of course, they are also equally great for simulation play, where everything from dress and weapons to props and sets are historically accurate both in appearance and function.

Such guns are efficient right out of the box, but they also can be fully modified to the desire of the player. The frame of the mini gun will always remain small-sized and light, but they player can install longer barrels, harder triggers as well as aftermarket boards in order to enhance the efficiency. Remember that all the modifications made to a paintball gun must obey the tournament rules.

Although these guns are slowly revolutionizing the industry, many paintball players, especially belonging to some niches, do not like these futuristic looks and functions of these guns, it is a matter of taste, but all things considered, the invention of mini paintball guns has brought a new face to the entire industry.

We will leave it up to you to decide if you prefer the traditional paintball guns or if you enjoy using these modern mini guns that are becoming more and more popular among paintball players from all over the world. Many paintball players old and new are expected to experience this new paintball technology in the next few years. But they are not exactly suitable for all kinds of shooting. They really are their own unique entity. Here is a little bit about the newest addition, these miniature guns to the market.

What You Should Know About Playing Soccer

Soccer is a good option if you want to try out a new sport. Soccer is something that almost anyone can enjoy. Whether you’re seeking basic information or some tips to help improve your game, […] […]

Anyone Can Become Knowledgeable About Baseball With These Easy Tips

Many people love the game of baseball, and it is no surprise why it has exploded in popularity all over the world. If you would like to be educated about the game and want to […]

Learning how to play better baseball is always quite fun. It is also very rewarding and can take you places if you’re good enough. No matter what your plans are, you are here to learn […]