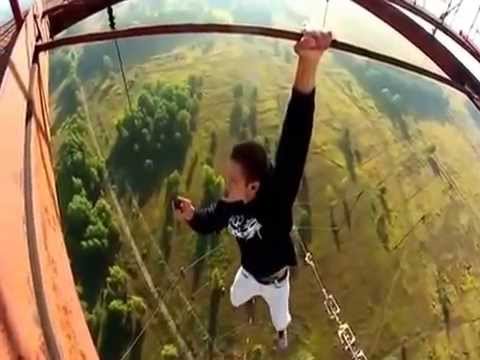 Thailand is a beautiful and varied country and its people are warm and friendly. However, if you come from the West, as I do, some aspects of Thai life are strange and some are baffling. Not in a bad sense, just different.

For example, when speaking English, Thais rarely seem pr finish their words off, so you get ‘how’ for ‘house’; ‘sket’ for ‘basket’; ‘row’ for ‘road’. It is very strange at first and can become annoying, until you realize that words in the Thai language can only end with one of about six sounds. The most common of these are ‘t, k, p, n’, so if the word they are trying to use does not end in one of these letters, they just leave it off.

The letters ‘r’ and ‘l’ are unusual in Thai. For a start, no word ends in ‘l’, which is a shame for the word ‘football’ as it is Thailand’s most popular sport (or maybe Thai Boxing is, I’m not sure). However, the word ‘football’ has been adopted into Thai, much like ‘maisonette’ has been into English, so they say ‘footbon’. However, there are worse problems with ‘l’ and ‘r’.

Some people have a problem with ‘r’, as do the Japanese, but not as bad. I have never heard anyone say ‘velly good’, but I did hear one man trying to show off in front of me once and he made a point of saying very loudly ‘Herro’ to us all. However, they have a word ‘sri’ as in ‘Sri Lanka’. Some people find it easier to say, ‘si’, others will say ‘sli’ and others will say ‘sri’. If ‘r’ is the second consonant, it can become an ‘l’ of be dropped.

See also  Boxing Equipment - A Must Have For Safety

This is one of the reasons why some conversations with a Thai can be baffling and hilarious (or frustrating, depending on your demeanor)., because, believe it or not, it is not always obvious from the context. If someone is talking about ‘gaa’, it can take quite a while to work out whether they are talking about ‘gas’, ‘grass’ or ‘glass’ or even ‘glasses’ as in spectacles. I know, I’ve had hundreds of these conversations over the years.

One cultural feature which can seriously affect a conversation is face. Thais do not like to admit that they do not know something and they do not like to disappoint either. This can have undesirable consequences, because you can be talking with someone for a while, before you realize that they do not have a clue what you are talking about. Despite the fact that they have been smiling and nodding during your monologue. They do not want you to think that they are too stupid to understand, even though you will probably find out soon enough that their command of the English language is not quite what you had been lead to believe.

These points are humorous, perhaps mildly frustrating sometimes, but the worst one is asking directions. That can be really, really frustrating. Because a Thai will not admit to not knowing something and because he does not want to disappoint you, if you ask for directions and he doesn’t know, he’ll just smile and nod. If you try to help by asking ‘Is it up here?’ and point. He’ll say yes.

See also  The Basics of Cholesterol

He will walk away not having lost face and happy because you are happy. You will walk away happy and grateful, but where you are walking to nobody knows. Thais do not, under any circumstances, ask another Thai the way anywhere.