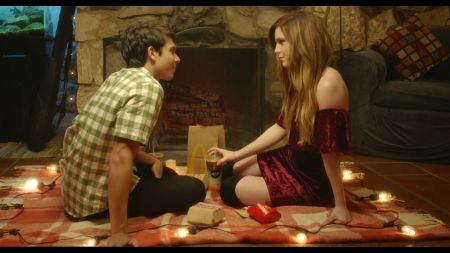 It’s been a while since the Spanish soccer club Real Madrid was regarded as the team of the Galacticos. The term Los Galacticos was coined in the early 2000’s due to the fact that club president Florentino Perez went on a spending spree, promising to bring in the greatest soccer players all over the world. This included Zinedine Zidane, Luis Figo, Ronaldo, and David Beckham. At first the acquisitions were used as a combination of a marketing ploy and significantly increasing the club’s talent. The world renowned players such as Zidane, Ronaldo and Beckham generated millions, if not billions in marketing and merchandising sales for the club. Also, the fusion of these remarkable talents made the team win in several soccer competitions including two league titles and one UEFA Champions League Title. Years later, however, the team ceased to perform at the expected high level due to too much egos and saturation of talent. Players relied heavily on individual talent rather than team synergy, which led to club’s slow and painful demise. Eventually Florentino Perez was out as president, and the team never went back to what it was during the Galacticos Era. Or so we thought. Fast-forward to the summer of 2009Ã¯Â¿Â½Florentino Perez has been re-elected as Real Madrid’s president and the man wasted no time as he immediately pledged a second coming, a new breed of Los Galacticos. KakaWithout a shadow of a doubt, Kaka is one of the smartest, fastest and most reliable soccer players in the world. He plays as a forward or a midfielder for AC Milan and the Brazil national team. Regarded as a living legend by many, Kaka singlehandedly brought his team AC Milan to win the much coveted UEFA Champion’s League title in 2007. Also in the same year, Kaka was the recipient of the FIFA World Player of The Year Award, the most prestigious award any soccer player can get in his lifetime. A consistent goal scorer and brilliant play-maker, Kaka has been the target of all elite European Football clubs for many years now. Cristiano RonaldoPlaying as a winger for Manchester United and the Portugal national team, the man is arguably the best player in the world today. At a tender age of 24, Cristiano Ronaldo has achieved a lot in his soccer career. He helped his club win several trophies including two English Premier League Titles and one UEFA Champions League title. Since 2006, Cristiano Ronaldo has been included in the top three candidates for the FIFA World Player of the Year Award, and he finally came home with the prestigious honor on 2009. Why they matterRe-elected president Perez recently made a very bold claim that he would take Kaka from AC Milan and sign him to Real Madrid for a six-year contract. Many did not believe him, saying that Kaka would never leave the Italian club. On June 8, 2009, however, Perez delivered on that promise. Real Madrid reportedly paid $92 million for the Brazilian phenomenon. Three days later, Manchester United accepted a whopping $131 million offer for Cristiano Ronaldo. This means that by the end of the summer and as the 2009-2010 season kicks in, the two most celebrated soccer players in the world will wear the same jersey and play beautiful soccer together. Soon we will all be witnesses to the new Los Galacticos; the greatest team to ever play in the pitch. GP