Where to Find the Best Muay Thai Trainers 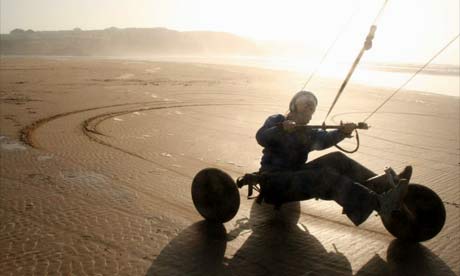 Muay Thai is a martial art that originated in Thailand eight centuries ago. In the current times, Muay Thai has evolved from a martial art into a competitive sport, a form of workout, a hobby and/or a passion. Training for Thai Boxing instils discipline in a person. It also calms the mind, uplifts the spirit and boosts the body’s endurance. Muay Thai is commonly regarded as the science or art of Eight Limbs. It uses the feet, hands, elbows and knees-eight limbs in total-to deliver and block blows. A fight can be pretty exciting to watch as the usage of eight limbs can make various fighting combinations. However, Thai Boxing is not about random thrusts, kicks and punches. The ancient martial art involves a proper technique that should be learned from expert Muay Thai trainers.

There is probably no better place to train for this sport than in Thailand, its country of origin. In the same way, there could be no other trainers with more authority to teach the martial art than native Thai trainers from Thailand. Foreign fighters, referred to as nak muay farangs, may find that training in Thailand and with true Thais can be a very inspiring experience. Thais are naturally proud and passionate about their sport. In Thailand, Thai Boxing has acquired an almost divine status and fighters are highly admired and respected. Being in such a place and among such people can really motivate a person to become better at Muay Thai.

There are various training camps situated in Thailand. Phuket and the island of Koh Samui are two popular destinations for foreigners who want to train in these camps. For farangs who want rest and relaxation after a strenuous day of training, they may want to visit Koh Samui, an island known for its beautiful beaches and sunsets. For farangs who would like to be away from beaches, nightlife, bars and other distractions, Phuket is a good place to focus on training. The training camps have state-of-the-art facilities and master Muay Thai trainers that are experts on the unadulterated form of the martial art.

With impressive fight credentials and often ex-champions themselves, Thai trainers in these camps can inspire farangs by sharing their experiences starting from their beginner days to how they finally mastered the art. A lot of these expert Thai trainers have been instrumental in producing world class fighters who eventually become stadium champions. Thai trainers conduct a holistic type of training that hones both body and spirit. Local Thai trainers dispense tips on proper form, combinations and defensive strategies of fighting. Beginner farangs will find Thai trainers patient and approachable. Beginners can learn the basic techniques at their own pace and with no hurries. Even veterans can benefit by learning new techniques and combinations from Thai trainers. Local Muay Thai trainers are very professional in such a way that they give equal treatment to both veterans and beginners. With positive reinforcement and training discipline, nak muay farangs can develop self-confidence to be the Muay Thai fighter they seek to become.