Why Did They Take Our National Discussion And Turn It Into a Boxing Match? 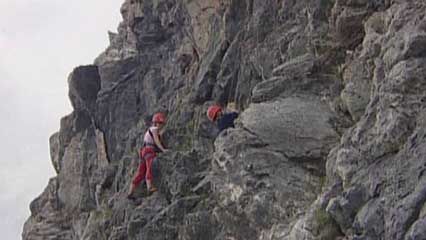 Whereas it is true that the majority of the voters in the United States really don’t know what they’re talking about, and they get most of their information from the TV set, still, there are those of us who are very serious about our national politics, and the direction of our nation. You see, those of us that have a vested interest with a long line of Americans who have built this country feel like we have more to lose. We need our national discussions and debates, and we need to know what our current leaders and future leaders are thinking. No voter should go to the polls uninformed.

Now then, it would be very difficult for anyone to convince me that the 2012 October presidential debates contained any substance. Neither of the candidates talked about anything that anyone who reads the newspaper watches the news didn’t already know. Nor did their talking points tell us any new about their thinking, most of it was along party lines and did not deviate, perhaps speaking to their base of voters. Further the rest was just outright accusations, innuendos, half-truths, sprinkled with lies. All of this occurs in two-minute increments bantering back and forth in a tit-for-tat catfight fashion.

Suffice it to say that is not a national discussion as it is more like a reality TV series that needs to be pulled off the air. Our nation is too important, and we’ve come too far to throw it all away. We should not let our presidential candidates, or their vice president running mate’s destroy our national discussion or turn it into a miniature boxing match. Some might see debate in politics as a sport, and in many regards it does have all those components of competition involved, nevertheless it’s far too serious to throw away with meaningless dribble.

I have to ask; why has our national discussion been turned into a mudslinging wrestling match? Whose idea was that? If they want to turn it into a sparring match, put on the pads, get in there, and duke it out. Personally, I would like to hear in-depth discussion, where each side spoke for 10 or 15 minutes, perhaps 20 or 30 minutes on a meaningful topic about our economy, education, healthcare, military, international diplomacy, infrastructure, taxation, and the running of our government. I’d like to see one of these discussions every evening for a month straight.

If the candidates themselves can’t do it, put up their right hand man in charge of that division of government, or who might be appointed in that regard to assist the president. Why can’t we have a real national discussion on important topics? These debates have become a joke, they aren’t good enough for the greatest nation ever created in the history of mankind, there is no respect involved, and quite frankly it is an insult to our intelligence as concerned voters. Please consider all this and think on it.