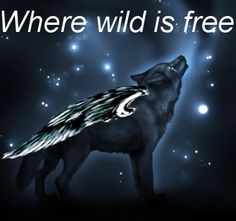 There is a dizzying array of things that you can eat these days. Truly, a trip to the grocery store can be an adventure. Everywhere you turn, there’s yet another food promising you healthy this or weight loss that. Added to this confusion is that there are some foods that are beneficial for metabolic boosting, and some that aren’t; and the differences aren’t always well-known. Fortunately, we’re going to tackle this problem right now and describe the three basic food groups/types that are indeed good for a speedy metabolism. In terms of protein, studies have shown that having enough protein in your system can actually increase the speed of your metabolism. This is because protein is difficult to break down. Or rather, it requires more energy to break down. It’s like feeding the body a knot; it needs a bit of time to unravel it. And, as you know, when your body spends time on something, it spends energy (calories). And so the more time it can spend breaking down protein, the more calories that it uses. Different people will require different amounts of protein on a daily basis. Those who exercise and build muscle will typically need more than the average amount, too.

The USFDA Food Guide suggests around 50 grams of protein a day for a reasonably active adult. Keep in mind (not that you don’t already have enough to remember, but…) that there are different sources of protein: some lean, and some high in fat. Fast food burgers may deliver up to 20grams of protein (sometimes more), but they also deliver a great deal of fat; which makes them almost nutritionally worthless. The benefits you enjoy from the protein are far outweighed by the immense fat intake; which, for some fast food burgers, can exceed40 grams! And that’s not including the fries (we won’t even go there!).So the thing to do is ensure that your source of protein derives from lean protein. Typically, protein from some fish and chicken is lean; though not all of it. If you’re a vegetarian, or simply looking for non-meat lean protein alternatives, low-fat cheese, legumes (lentils), and yogurt are all good sources. Simply check the food labels to determine if the source of protein is lean (doesn’t deliver high fat content), or fatty. In terms of carbohydrates, there probably isn’t a more battered around micronutrient than this. It’s gone from being the greatest thing in weight loss history, to one of the most reviled.

And really, it’s not the fault of the innocent carbohydrate! It’s really just a matter of information and knowledge, instead of speculation. The thing to remember is that when carbohydrates are refined, such as white bread and potatoes, they are what the diabetic world refers to as high glycemic index (GI) foods, because they require spikes in insulin in order to be digested. As you may know, when insulin is released into the system, it promotes the storage of fat; and some experts believe that it also pushes down metabolic speed (which makes sense).Therefore, the good kinds of carbohydrate to consume are those that are high in fiber, and those from fruit and vegetable sources. Why? Because these sources of carbohydrates don’t score high on the glycemic index. In other words, they don’t cause a spike in insulin levels, and therefore, they don’t promote fat storage.

Do you want a full bodybuilding diet plan? Read more at:

We feel vindicated that our vision of the strong, liberated woman has been accepted by the main stream media, as well as by the sports world and the medical community. Weight training will pay off […] […]

Are you not satisfied with how you look? Do you wish there is something out there that will help to obtain your desired shape without actually using supplements and drugs? No need to fret because […]

Most weight-trainers would surely tell you that the most difficult, most intimidating and painful exercise for building muscle you could possibly do is the squat. In order for them to be performed properly they need […]