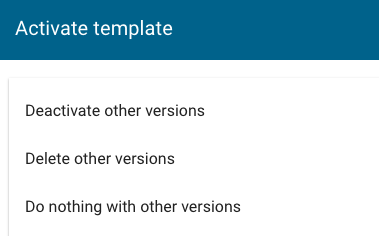 Around the first four of the big four IX

Valencia defeats Villareal by a resounding 5-0, Ibrahimovic losses his mind again, Manchester United still on top in the Premier League, and coach Louis Van Gaal gets fired from Bayer Munich are some of the headlines that this weekend left in Europe.

In the battle for No. 3 in La Liga Valencia took a huge step by defeating its closest contender, Villareal, by 5-0 at home during round 31 in Spain. A victory from the Yellow Submarines could have resulted in a tie for the third place, as both of them would have reached 57 points, but this wasn’t what happened.

With Soldado and Mata scoring two goals each and Banega adding one more, the Che team defeated the Yellow Submarine 5-0 at home and secured the third place in the La Liga with their 60 points, six more than Villareal.

Barcelona held the eight point lead over Real Madrid for one more week and continues atop of La Liga with their home victory against Almeria by 3-1. The defending champions came from behind to overcome Corona’s goal at minute 49 thanks to two goals from Messi and one from Thiago, and reached 84 points.

In a difficult visit to Bilbao where results have not always been positive, Real Madrid forgot about the past and defeated Athletic 3-0 with two penalty kick goals from Kaka and one goal from Ronaldo to sum 76 points, and keep on adding pressure to the leaders Barcelona, whom they will receive this coming Saturday at Madrid.

See also  Parachutes And Who Made The First Parachute Jump

Favored by Udinese’s 0-2 setback at home against Roma, Lazio was able to reclaim the forth place in the Serie A during week 32 with their 2-0 home win against Parma. The goals came through Hernanes in the first half and Floccari in the second one, which helped them reach 57 points, one more than Udinese when there are six more games left before the season ends.

The solo leader Milan didn’t fail in their visit to Fiorentina, whom they defeated 2-1 thanks to the goals from Seedorf and Pato that made Vargas’ discount useless. The only negative note of the game was Ibrahimovic’s red card for using profane language while complaining to the lineman.

With six games to go the Rossoneri maintain the three point lead over Napoli, which has them as the solo leaders with 68 points.

Speaking about Napoli they won in their visit to Bologna 0-2 with goals from Mascara and Hamsik in the first half. This way they march in second place with 65 points and keep on adding pressure to Milan.

Inter recuperated from last week’s 3-0 loss to Milan with a 2-0 victory over Chievo. Cambiasso and Maicon scored the goals with which the defending champions got three more points for a total 63 that has them in third place.

The Citizens suffer a resounding defeat

Manchester City failed in their attempt to reclaim No. 3 in the Premier League during the last game of round 32. In their visit to No. 6 Liverpool the Citizens where defeated 3-0 with goals from Carroll twice and Kuyt once, in a game that Tevez had to leave injured. With this result they remain in fourth place with 56 points.

The solo leaders Manchester United ran with better luck that their city rivals, as they defeated Fulham by 2-0 at home. Both goals came in the first half through Berbatov and Valencia, goals that helped the Red Devils reach 69 points.

No. 2 Arsenal walked out triumphantly from their visit to Blackpool, thanks to their 3-1 victory. Diaby and Eboue gave the Gunners the lead in the first half. In the second one Taylor-Fletcher got the discount for the hosts, but Van Persie sealed the 3-1 win for Arsenal that now has 62 points and one pending game.

With one pending game also, but in third place are the Blues, that with their 1-0 victory over Wigan at home reached 58 points. Chelsea’s lonely goal came through Malouda in the second half and was enough to defeat the last place of the competition.

What seemed impossible early in March is now quite plausible in April, as No.2 Bayern Leverkusen has been able to reduce the 12-point lead that No. 1 Borussia Dortmund had over them into just five points when there are still seven games to go in the Bundesliga.

Round 29 was very positive for Bayern Leverkusen as they came from behind to defeat St. Pauli at home by 2-1. In the second half Takyi gave the visitors the lead, but Kiessling and Bender turned things around for the home that reached 61 points.

The good news kept on coming for them when they found out that Borussia Dortmund got just a draw from their visit to Hamburg. A penalty scored by Van Nistelrooy at minute 39 put the solo leaders against the ropes, but an injury time goal from Blaszcykowski allowed them to save one point. This way Borussia Dortmund continues in first place with 66 points, but their lead has been reduced to five.

For Hannover it was also a positive round as they snatched No. 3 from Bayern Munich with their 2-0 home win against fifth place Mainz 05. Ya Konan and Pinto scored the goals that helped their team reach 53 points, one more than Bayern Munich.

Losing the third place to Hannover also resulted in losing their coach Louis Van Gaal for Bayern Munich. A 1-1 on the road tie against Nurnberg was the drop that spilled the cup and led into this decision of firing him.

Muller gave the defending champions the lead, but unfortunately for them Eigler got the equalizer that made them fall to the fourth place in the standings.

Parachutes And Who Made The First Parachute Jump

The first parachute jump in history is a bit debatable. While many seem to think that an extreme sport like parachuting has its roots in recent history, it has, in fact, been around for centuries. […] […]

Becoming a better soccer player is just like anything else in life. You have to learn the basics and then practice. You also need to learn new skills along the way. Here are some new […]

Going For A Scuba Diving? Understand First The Real Safety Issue Of The Underwater World

Scuba diving is one of the great adventures that one can take to explore the vast wonders of the underworld that cannot be seen on the surface of the water. This is an underwater activity […]