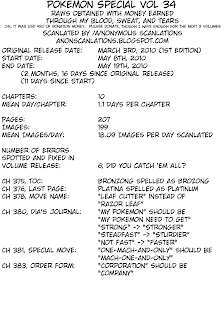 So week 12 is just about over with, and you’re kicking yourself for not making one of Man City’s big performers your captain for double points.

Carlos Tevez was the performer of the week with 2 goals, 2 assists and a man of the match bonus for a whopping 19 points. Thankfully, I had him as captain because I like many of you were likely hit by the fact that several key performers were out or were rested due to the mid-week international friendlies. Juan Mata and Wayne Rooney were two of the biggest. Hopefully you came through with a decent week.

So, who should be on your watchlist?

Let’s start with Sunderland. I know what you’re thinking, ‘Sunderland? They can’t score.’ I know, I know. But I’ll correct you, Steven Fletcher can certainly score. He’s fifth from top with one game in hand on the field. Simon Mignolet is also a top five keeper in total points and value standings, also with a game in hand. So who cares, right? Well you should. Gameweek 16 is not far away, and this is the week that Sunderland makes up for the rained out home opener so you get a chance to double up from these spots.

Both games are at home to Chelsea and then Reading. Chelsea is a tough game, but they’ve gone cold of late and have a massive run of fixtures in the league and in Europe coming up. West Brom certainly took advantage of the International week and Chelsea’s weakened squad. Sunderland will have their chance to do the same. If you need to adjust your keepers or strikers, it might be worth a punt on either of these players. Fletcher is currently valued at 7.0 and Mignolet at 5.0.

See also  Interested In Learning About Soccer? Read This

If you still have your transfer for this week, you may want to add a Manchester United player for this weekend as they are at home to QPR. In my opinion, Antonio Valencia is ripe for a big game and the horrid defense QPR dress every week may just oblige. With United already qualified for the knockout stages of the Champions League, you can bet all their regulars will be rested for the weekend with youngsters getting a taste of the Turkish tie. Valencia is valued at 8.6.

As for players to drop, let’s go to the Arsenal. Carl Jenkinson has lost his place as I knew he would with the return of Bacary Sagna. Don’t hold out hope. It’s Sagna’s spot to be sure. If you held Andre Santos, what were you thinking, and sell him soon. He may never play again for them. Keeper Vito Mannone has also been relegated back to the bench with the return of Wojciech Szczesny.

From Newcastle, the bloom is officially off the rose for Papiss Cisse. If you still have him, please sell him now. I don’t care if you are in fact a Geordie, buy Demba Ba. Cisse can’t get a full game, sell him.

I like to tackle the season in segments as team opponents over a given stretch can determine who you may want to add or sell from your team. If you have two evenly matched teams but one team plays easier opponents over a certain stretch of the season, you will likely get a better return out of the easier schedule.

See also  Everything You Should Know About Soccer

I’ve had a look at the schedule for some of the bigger teams. I look at each opponent each week and assign a number based on opponent difficulty taking into account the team and location, from a value of 1 to 5. I looked from week 12 to week 23. By week 23 I expect to use my transfer window wildcard to reset my team. So, how are the next 10 games looking? Liverpool, Spurs and West Brom, all have relatively better schedules than the rest of teams in the top half of the table. I excluded Chelsea from the mix because they have to go off to the FIFA World club cup, so I’ll be transferring out most of my Chelsea holdovers. So if you are on the fence for a given player, the more favourable schedule may help you decide one way or the other.

What You Should Know If You’re Going To Play Soccer

Soccer is a game loved by people all across the world. It is perfect for players of all ages. It teaches cooperation and sportsmanship, and it is a great way to get in shape. If […] […]

A vital element in soccer drills is the fact that good communication and playing skills are of utmost importance which provide the basis for developing young players. When they get senior, these players will positively […]

Love Soccer? You Have Got To Read This!

When you think of soccer, you may think of people running around a large court kicking a ball. However, understand that soccer is an extremely complex sport that requires determination and knowledge to succeed in […]