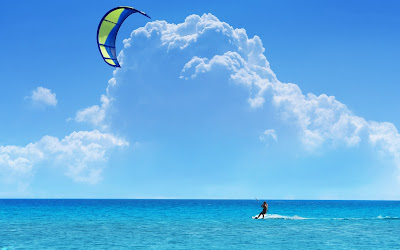 Online games are considered as one of the biggest sources of sports and entertainment. Thus, it comes with a new concept of Multiboxing. It is a term used in MMORPG (massively multiplayer online role playing game) to refer playing simultaneously with multiple accounts. This can either by using multiple machines to run the game or by running multiple instances of the game. It promotes the additional challenge to the game and tackles monsters by themselves. With its help, instead of the cooperation and collaboration of many players, people rely on themselves to control multiple game characters. They do not have to look for players to join in, they can run dungeons without the risk if someone leaves in the middle of the game. It makes killing easy and leveling quicker.

It has become popular within the online game “World of Warcraft”. If we join a player versus player match in this game, we can control any of the number of characters. In case of attack, having our own personal army, we would have more than one character at our command ready for the attack. A software known as Pwnboxer makes multiboxing easier and trial accounts provided by World of Warcraft makes it awesome to play. We can dominate the battlegrounds and earn all the achievements with the gold for flying mount and an honor for high end PVP. PVP is quick, unrelenting, harsh and unforgiving. In World of Warcraft, everything goes faster in a group. We can earn gold by daily quests in a group. The classes in the game are not balanced. They always dominate the scene. A mage can take us down with a pyroblast and fireballs. Nothing is survived in 5x dot sets, 5x lightning bolts, 5x chain lightning and the crown jewel. A single spell can be devastating and the enemy’s power is multiplied 5x. A 5x thunderstorm or 5 x blast waves annihilates him.

See also  The Art of Beat Boxing - A Guide For Beginners

Pwnboxer is the greatest acceptable multiboxing software which offers various tools for easy control of many games at a single time. It is easy to set up in few minutes by pointing it to Wow directory. Everything required for the game will setup by default. After logging we have to setup our macros. The software sends all the keystrokes and mouse controls from one copy to other copies. The game can also be enjoyed on the laptop and slower desktops.

Multiboxing is a revolution in online games. It is ideal for the games like the World of Warcraft. They are responsible for every instance; every raid and every heroic. They earn gold, mats and piles of cloth. The game seems new if seen from its eyes. We get brand new challenges as well as rewards of gold. We must load the software in our computers to enjoy playing the games with their new styles and new adventures.