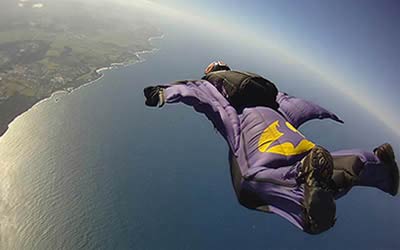 The word muay derives from the Sanskrit mavya and Thai comes from the word Tai. Muay Thai is referred to as the “Art of Eight Limbs” or the “Science of Eight Limbs” because the fighters use eight ‘points of contact’; punches, kicks, elbows and knee strikes. This is different to “two points” (fists) in Western boxing and “four points” (hands and feet) used in sport-oriented martial arts. A practitioner of Muay Thai is known as a nak muay.

There are few written records pertaining to pre-twentieth century Muay Thai history. Knowledge has been passed down by oral tradition, which makes it difficult to be sure of the facts. However we can be sure that various forms of kickboxing have long been practiced throughout mainland Southeast Asia.

Without going into too much historic details, it is believed that in Thiland, Thai boxing evolved from muayboran (ancient boxing), an unarmed combat method which would probably have been used by Siamese solders after losing their weapons in battle.

But even in times of peace self-defence techniques have always been of great importance to Thai military leaders and the monarchy. We can be sure that Thai soldiers have studied Thai boxing since early times.

Thai boxing has most likely earned money for its competitors since the Sukothai era (1238 – 1377). During this time Muay Thai boxing gradually became a means of personal advancement as the nobility increasingly esteemed skillful practitioners.

Today, Thai boxing still remains one of most overwhelming martial arts on the planet. The integration in mixed martial arts (MMA) competitions makes is popular through the whole world. Thai boxing has become an accepted amateur sport in many countries with both men and women of all ages participating in regular training sessions. They can challenge their skills at the amateur World Championship for Muay Thai which is held annually in Thailand.

To this day, Muay Thai is an essential part of Thai culture. Thais have a fiery belief in the lethal effectiveness of their fighting art and have proved it time and again.